The Kushiro-shitsugen (Kushiro Marsh) Observatory is about a 20 minute taxi ride from Kushiro Airport. 480 Yen (around 5 USD) will buy you a ticket to the rooftop observation deck. During the winter you will be treated to icy winds and an expansive view of the Kushiro Marsh. Your first thoughts are likely to be (in order) ‘Wow: it’s really cold’, ‘This place is really big’, and ‘What am I supposed to look at?’. While a lush green during the summer, the winter view is one of a vast snow covered plain with grasses and low trees.

During the Meiji period, settlers from Honshu, the main island of Japan, made valiant but unsuccessful efforts to settle and cultivate the Kushiro Marsh area. Winter temperatures can reach 20 degrees below zero, and the area often becomes nearly inaccessible due to ice and snow. In summer, a heavy fog wafts in from the sea, blocking off sunlight and impeding the growth of crops. The ground is also extremely soggy.

Due to its harsh climate, inaccessibility, and unsuitability for farming, the Kushiro Marsh was written off as being useless land. Settlers failed to conquer Kushiro Marsh, and the area remained largely in its natural state. While this was a major failure for the human settlers, it probably saved the Red-crowned Crane from extinction.

Kushiro Marsh’s status as unwanted land made it the perfect final sanctuary for the endangered cranes, whose population had drastically declined due to hunting and the loss of habitat caused by the development of Hokkaido. Midway through the Meiji Period, when the Red-crowned Cranes had been considered extinct, around a dozen Red-crowned Cranes were discovered deep within the Kushiro Marsh.

Desperate for food, the surviving Red-crowned Cranes started to approach farms in what is now Tsurui Village, looking for fallen kernels of corn remaining after harvesting, etc. It is unlikely that the cranes would have survived if the villagers had not spontaneously decided to start feeding them. This was a major sacrifice as the villagers barely had enough food to feed themselves. At first the birds were wary, but the villagers persisted in their efforts and the first successful feeding occurred in 1952. The bird feeding is now an official Japanese government program.

The discovery of the Red-crowned Cranes led to a reevaluation of the environmental importance of Kushiro Marsh, and in 1980 Kushiro Marsh became the first Japanese marsh to be designated as a Ramsar Site. It became a national park in 1987. Kushiro Marsh is Japan’s largest marsh, with an area of 18,000 ha.

If you want to safely view the Red-crowned Cranes closer to their natural habitat, you can take your chances with the photographers on the Otowa Bridge (Warning: the view is beautiful but you might not be able to find any Red-crowned Cranes! 😊).

The Red-crowned Cranes can also be seen in the dairy farms that dot Tsurui Village, a community that literally has more cows that people! The Red-crowned Cranes are frequent visitors to the dairy farm of Mr. Takeshi Shimizu. According to Mr. Shimizu, “Almost daily, one or two families visit my farm looking for kernels of dent corn (the grain used in the official crane feedings) that have been accidentally dropped on the ground. However. We are happy to see the cranes 😊 ” .

You can experience Kushiro Marsh directly at the Onnenai Visitor Center. A wooden walkway of approximately 3 kilometers in length runs around the center. In winter you can walk the course using snowshoes, or try cross-country skiing (However, I do not advise trying to keep up with the center head, Mr. Yasuaki Hondo, if you haven’t skied for 30 years! 😊).

Kushiro Marsh almost met its match in the development frenzy that swept Japan during the “Bubble Economy” of the 1980s. Learning that developers were interested in Kushiro Marsh, Mr. Seisuke Abe, a long term Shibecha Town resident, became alarmed that reckless development would destroy the delicate ecosystem. To block the development, he took the drastic step of investing virtually all of his savings and even taking out a loan. In Mr. Abe’s own words “I had to stop the developers from coming in, so I bought the access roads leading to Lake Toro”. Mr. Abe also single-handedly built and operated a small horse ranch in the vicinity of the lake.

Why was Mr. Abe willing to go so far to defend Kushiro Marsh? The obvious answer would be that he just wanted to defend the natural environment of his hometown. Also, as an avid nature photographer, he no doubt wanted to protect an important habitat for the Red-crowned Cranes and other wildlife. However, I suspect the real answer is even deeper. Perhaps, he felt on an unconscious, instinctual level that not every region should be changed and altered to suit human whims or the perceived economic needs of the times. Some areas should remain unconquered.

A Symphony in a Minor Key: Kushiro-shitsugen

I was looking forward to seeing Kushiro-shitsugen in the summertime. During my visit this winter everything was covered with snow. All I could see was a ‘sea of white’. As I expected, Kushiro-shitsugen in the summertime is far more nuanced and displays varied contours and countless shades of green. On my previous visit to the Onnenai Visitor Center I cross-country skied over about 1 kilometer of the 3 kilometer wooden boardwalk that runs around the center. This time I walked slowly over the boardwalk. The first thing I noticed is that every 5 minutes or so the dominant vegetation shifts and you can see a subtly different scene.

As you walk through the moor, you will see some areas that are dominated by reeds and sedge and others that are mainly peatlands. According to the Ministry of the Environment, Kushiro-shitsugen hosts over 600 species of plants. While the moor tends to look homogenous at first glance, if you look closely you can find a surprising variety of plants and flowers. Inside Kushiro-shitsugen the only sounds you are likely to hear are the wind and occasional bird calls. It is calm and quiet, and aside from the boardwalk there is almost no observable human influence. The wind gently shifts the grasses and flowers along the plain that extends almost as far as the eye can see.

However, you shouldn’t be lulled into a false sense of security by the moor’s placid appearance. Kushiro-shitsugen is spotted with water-filled cavities up to 2 to 3 meters deep called Yachimanako. Yachi means ‘wetland’ and manako means ‘eye’. The name comes from their resemblance to ‘eyes in the moor’ when viewed from above. In the past, grazing cows were sometimes lost when they fell into the Yachimanako.

To be honest, I wasn’t able to form a clear impression of Kushiro-shitsugen during my first visit. The reason may be its daunting scale. As the largest marsh in Japan, (Approximately 18,000ha) it is a complicated network of marshes, rivers and forests. I think the local people also struggle with how to best present Kushiro-shitsugen. The JR Kushiro Shitsugen Norokko Train that departs from Kushiro Station and runs through Kushiro-shitsugen to Toro Station makes a valiant attempt to transform a trip through the moor into something like a ‘bus tour of the Ginza district’, but I’m not sure it really fits the tone of the marsh.

Classical symphonies composed in major keys are often bright and cheerful ‘crowd pleasers’ with big crescendos and satisfying climaxes. Symphonies composed in minor keys tend to be somber and moody with less clear resolutions. If you are looking for excitement, breathtaking scenery, or a place that is easy to frame in an Instagram photo, Kushiro-shitsugen may not be the place for you!

Personally, I prefer Kushiro-shitsugen as seen from the boardwalk of the Onnenai Visitor Center during my latest visit: a vast green plain under a panoply of thick dark clouds. Your perceptions of Kushiro-shitsugen will probably be determined by how you experience it: Walking, snowshoeing or cross-country skiing over the boardwalk in the Onnenai Visitor Center, standing on a bluff overlooking Lake Toro, canoeing down the Kushiro River or enjoying the view from the Kushiro Marsh Observatory. Kushiro-shitsugen is too large and complex to fully grasp in only 2 visits. I still haven’t made up my mind concerning Kushiro-shitsugen, but I am sure my next visit will bring new discoveries! 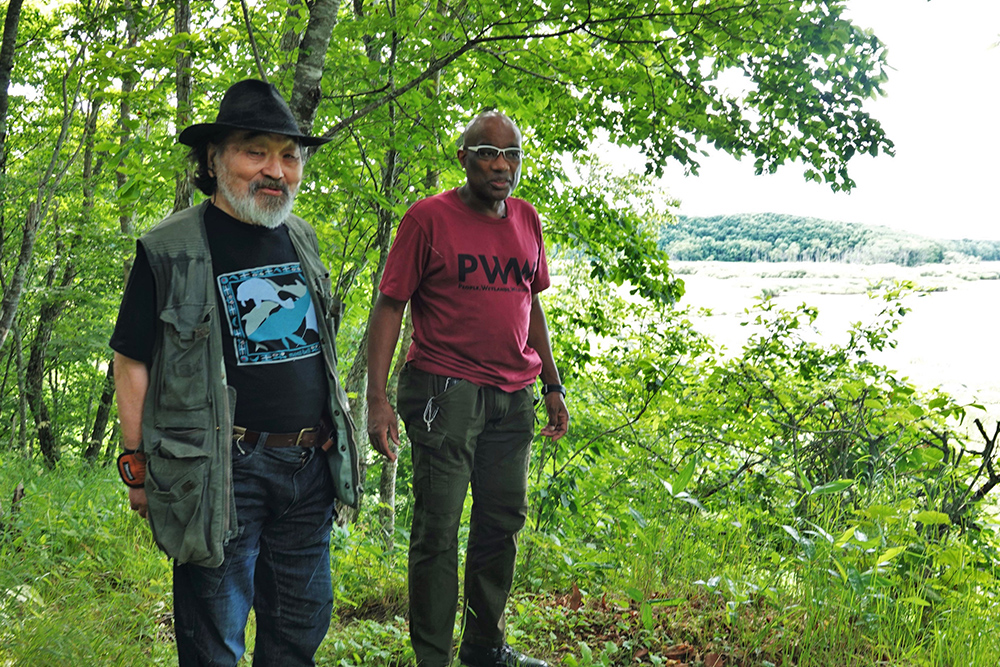 Local Information
from Kushiro to Toro 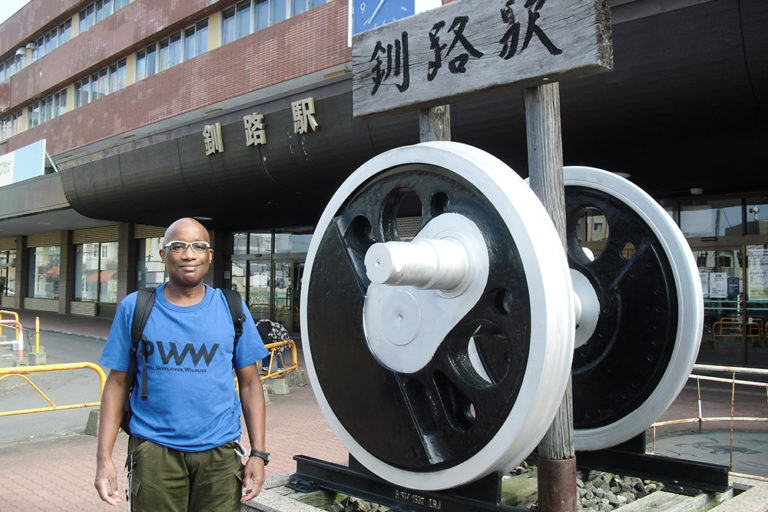 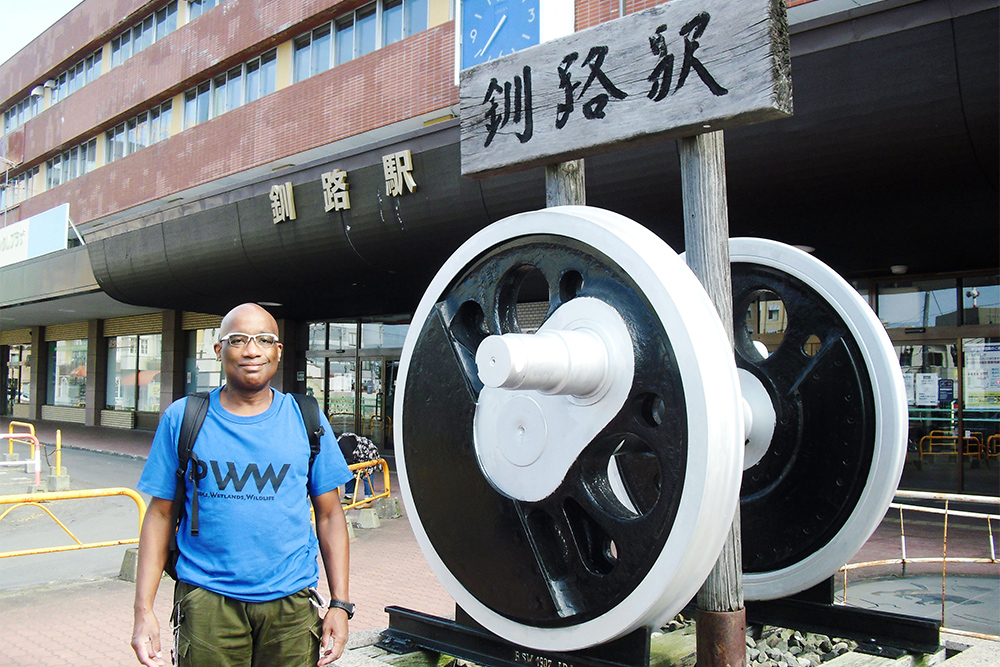 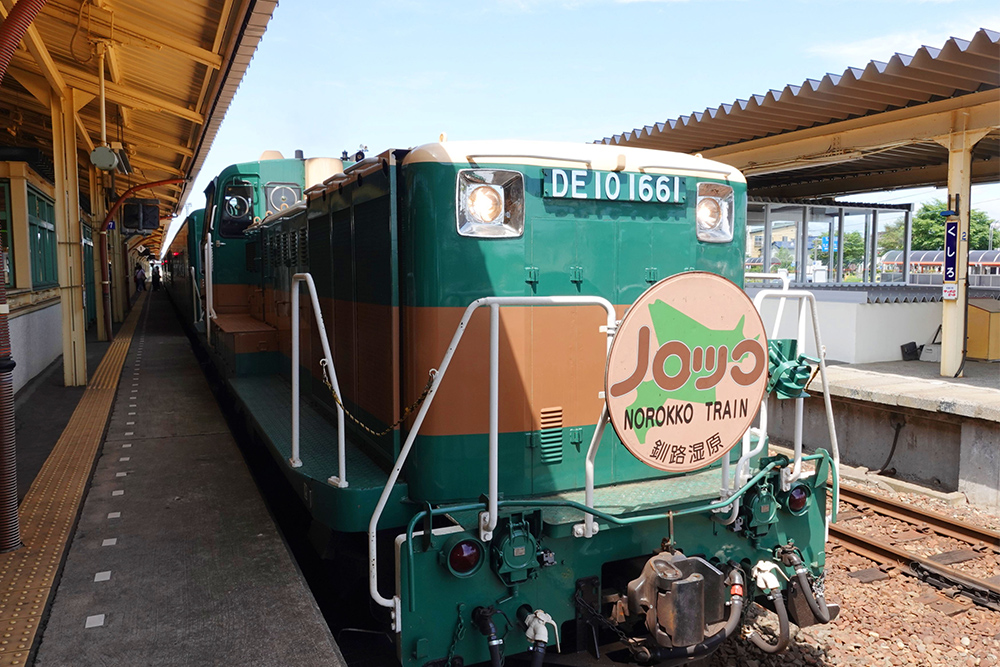 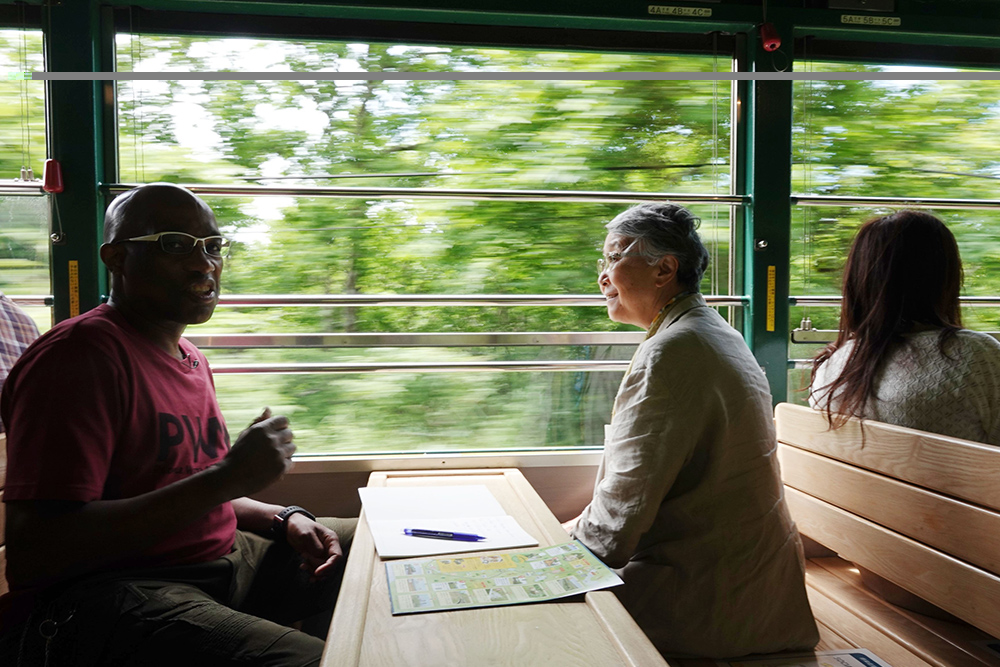 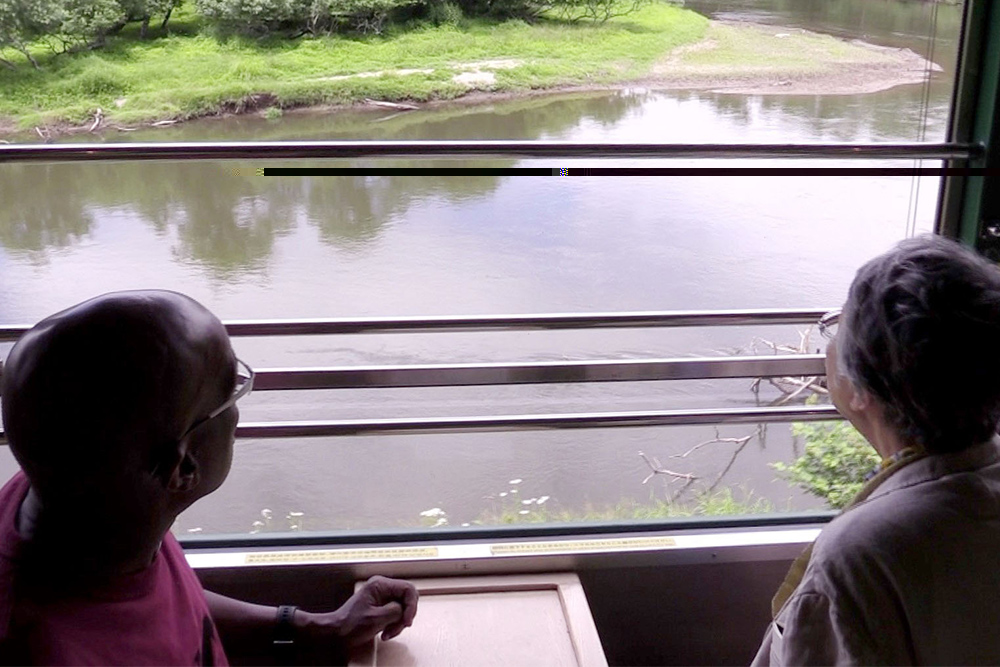 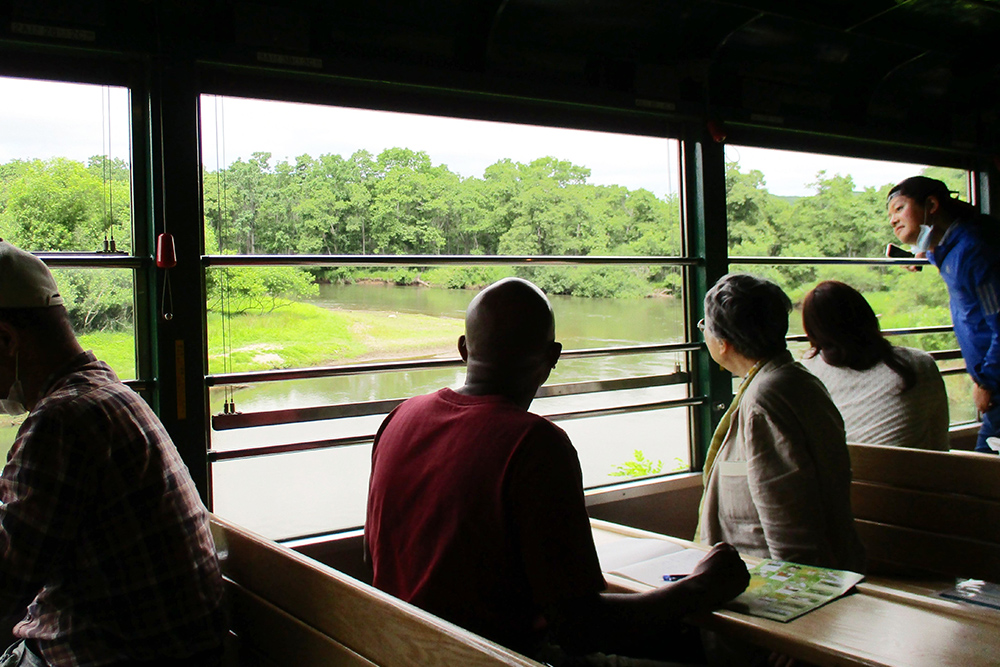 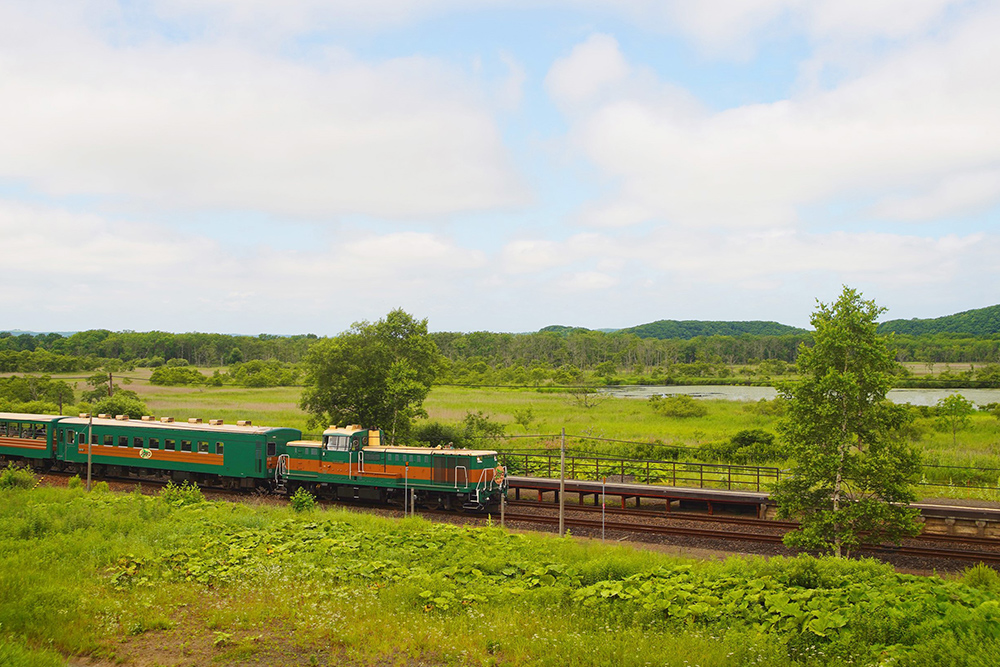 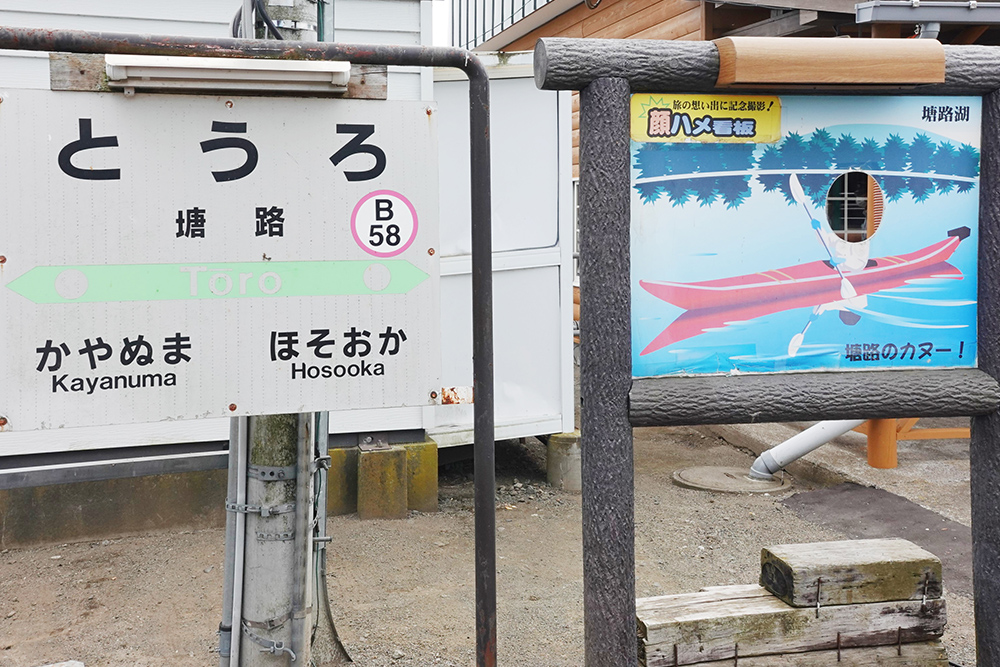 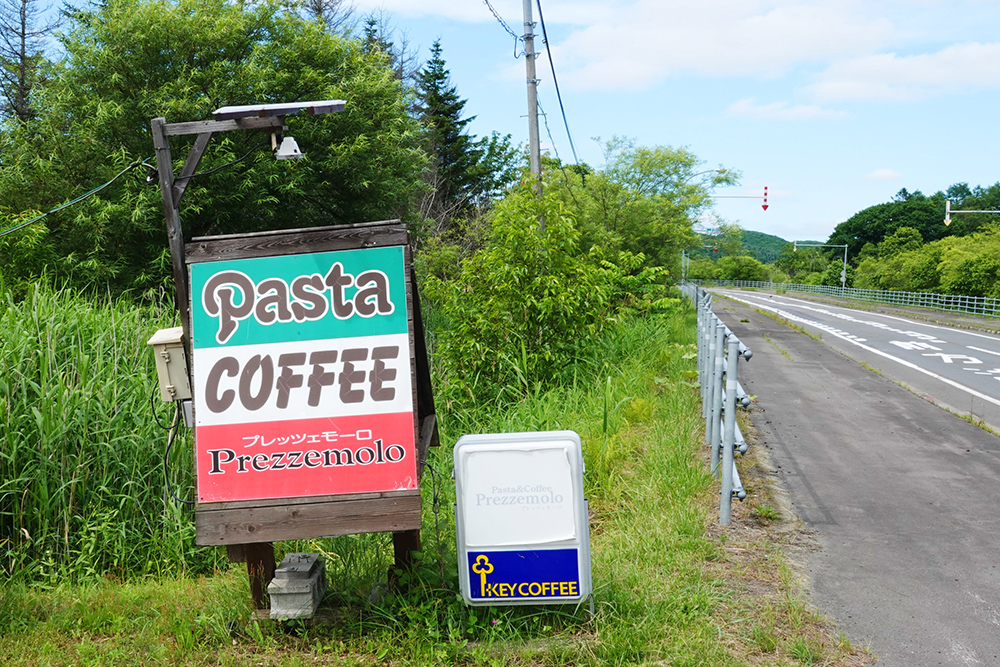 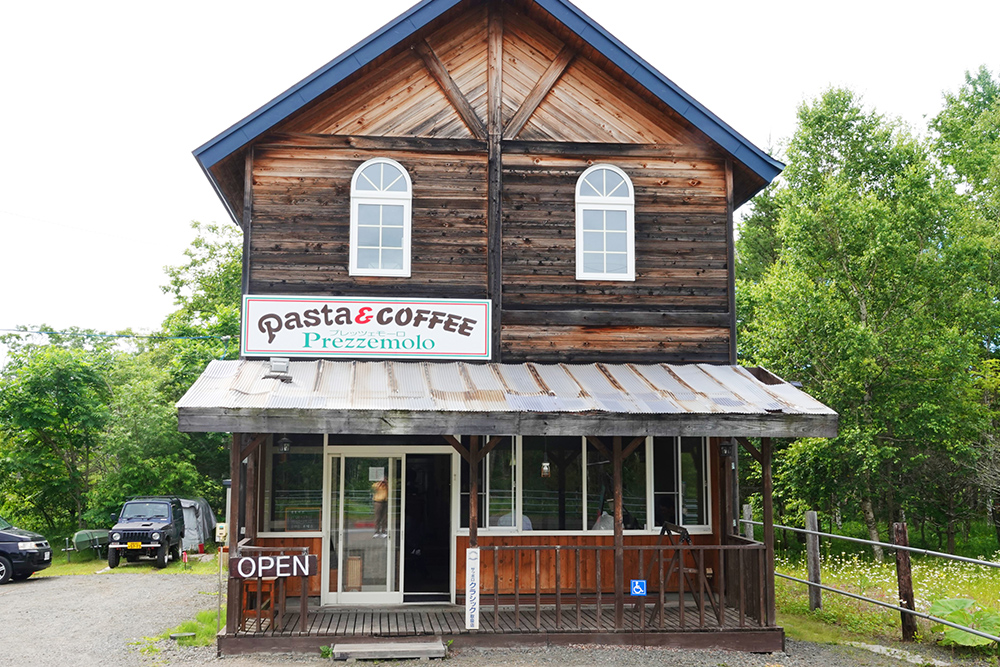 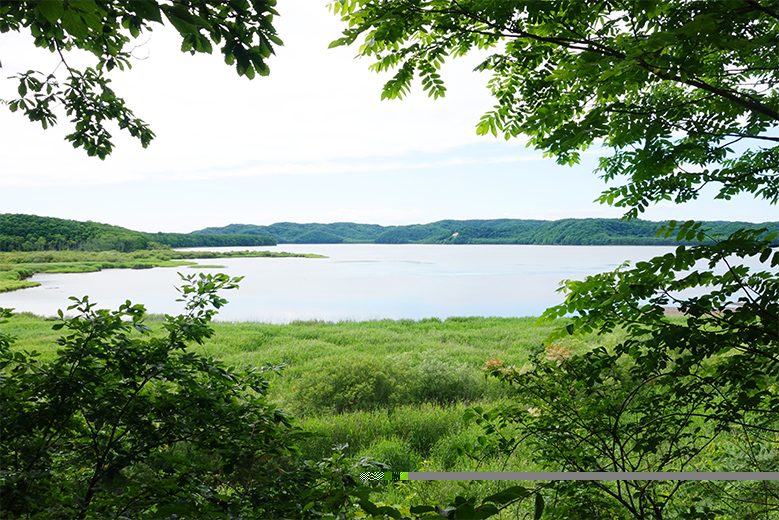 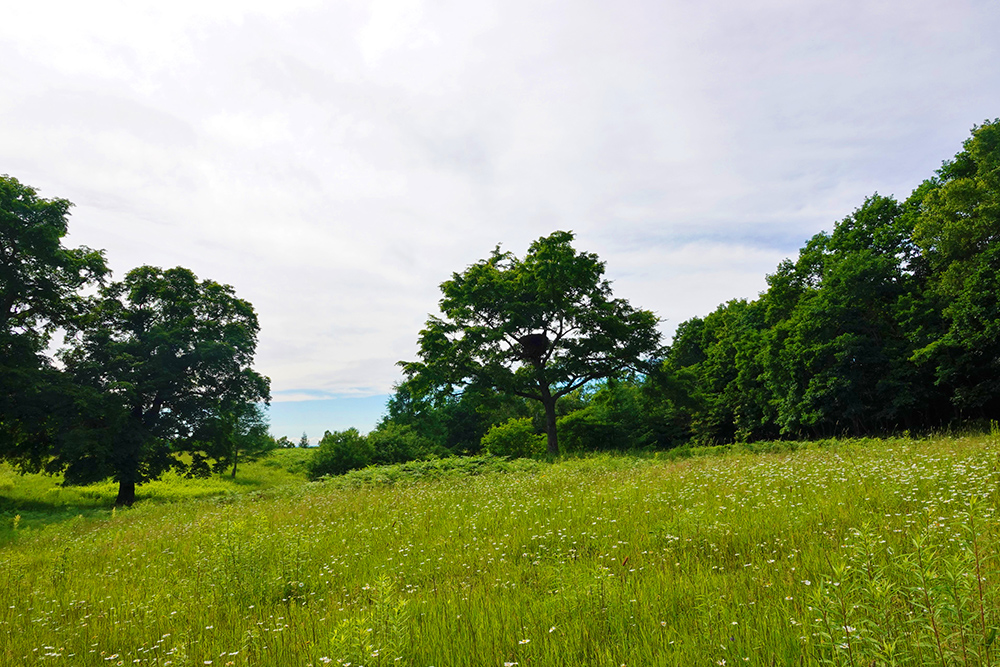 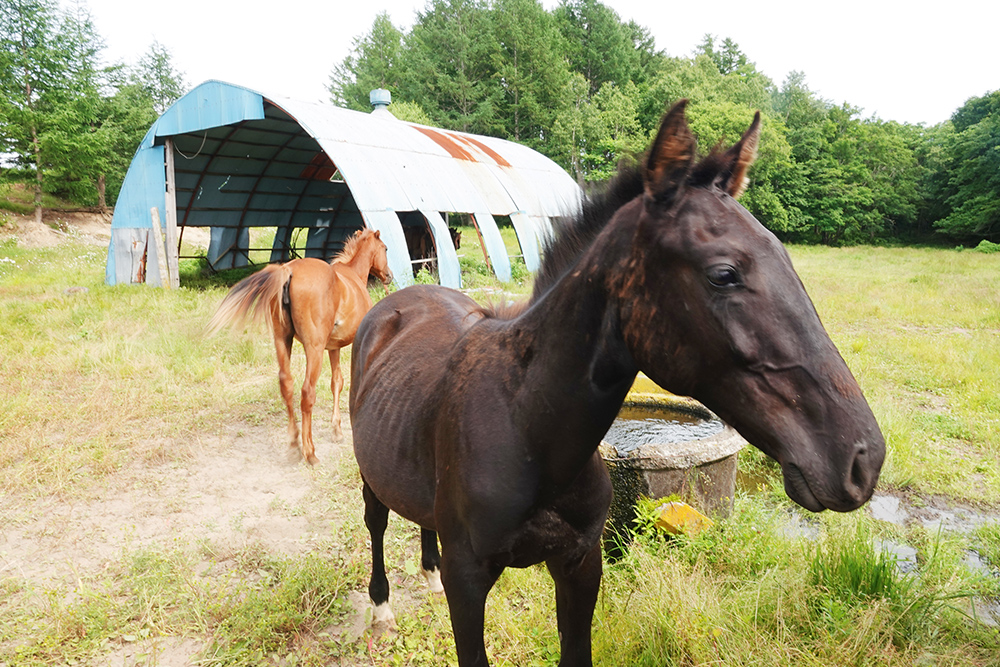 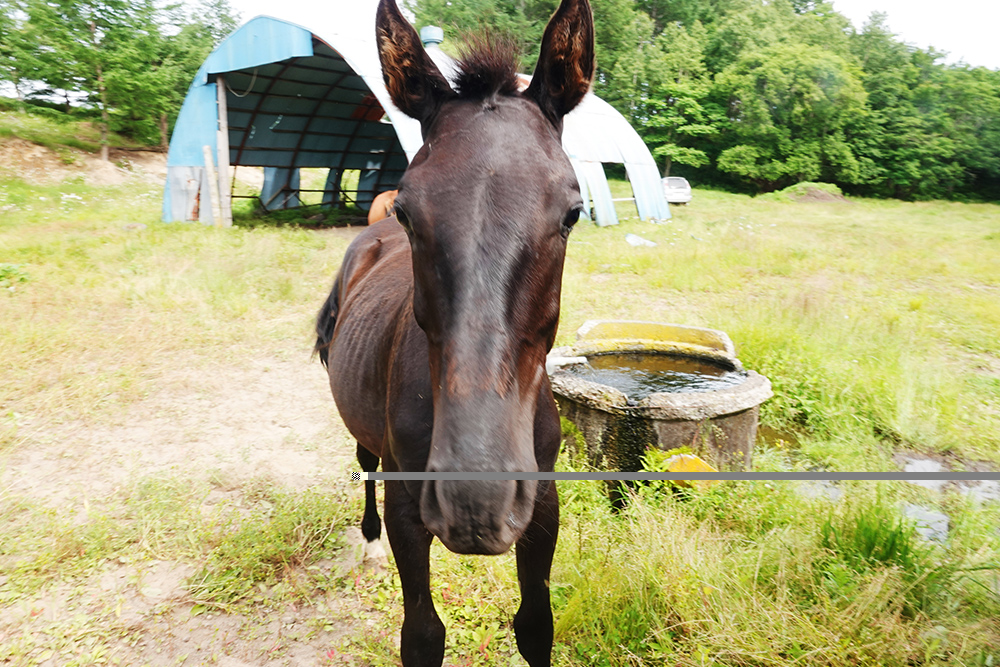 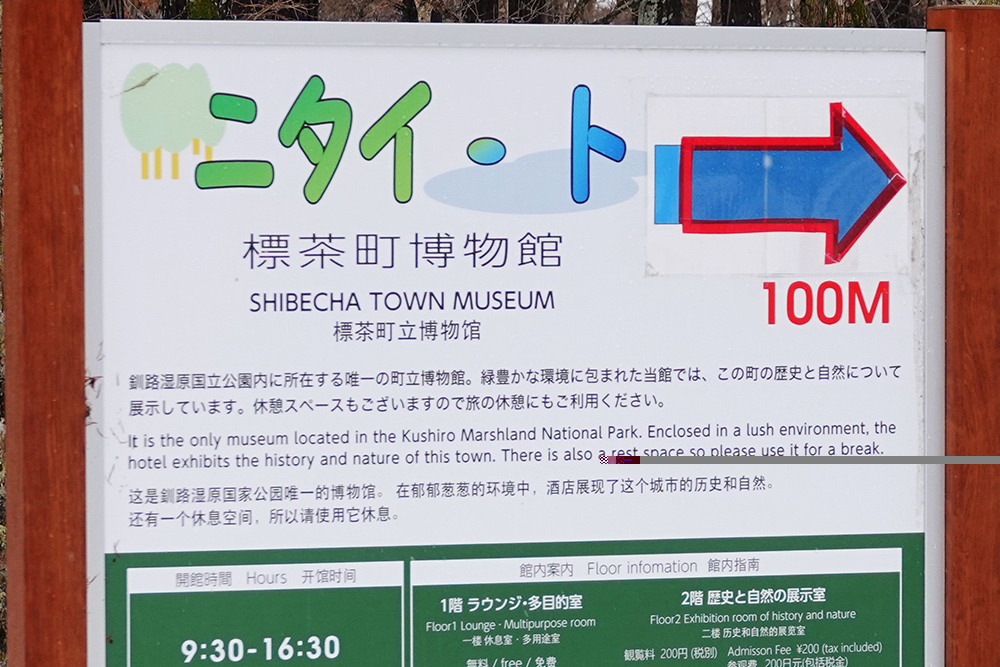 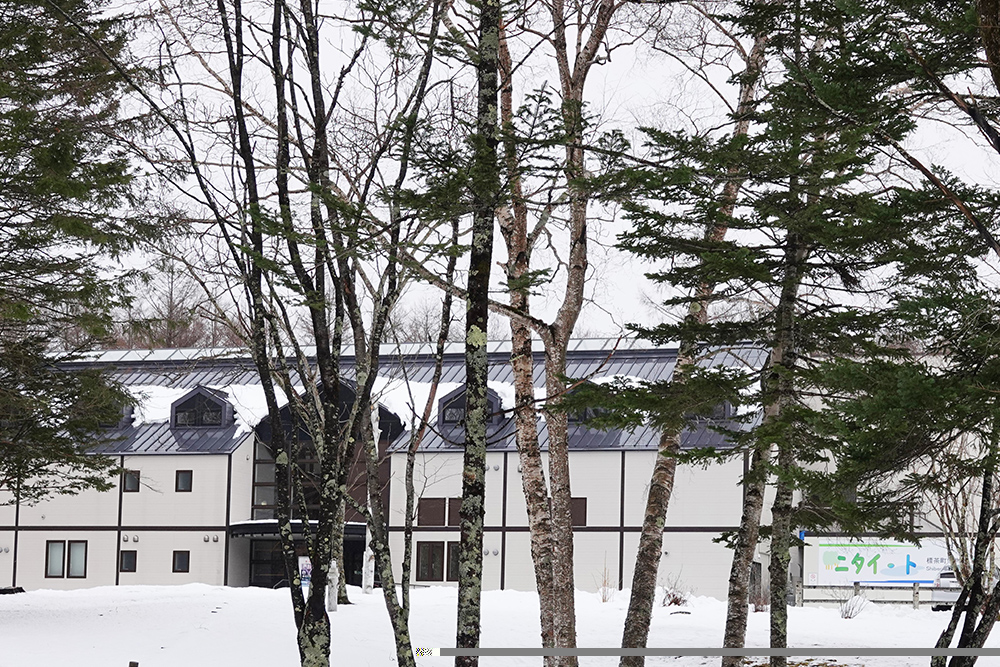 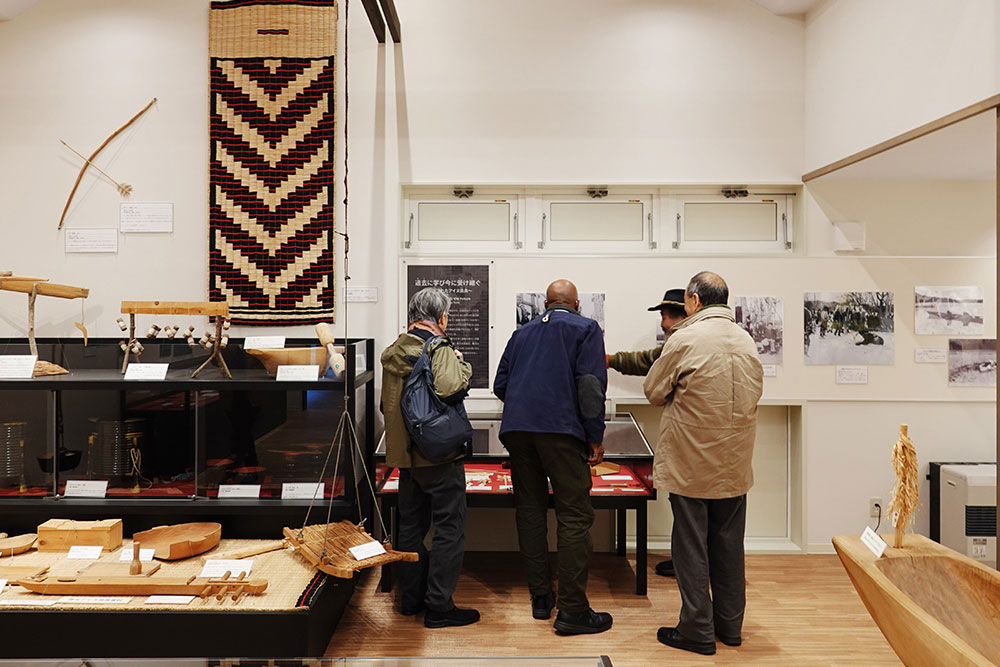 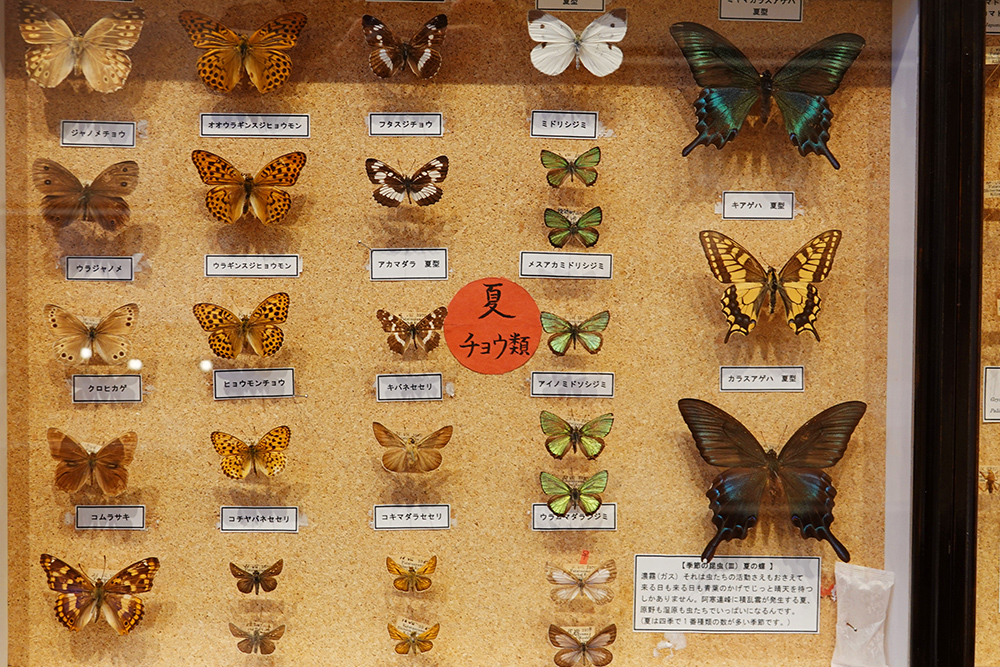 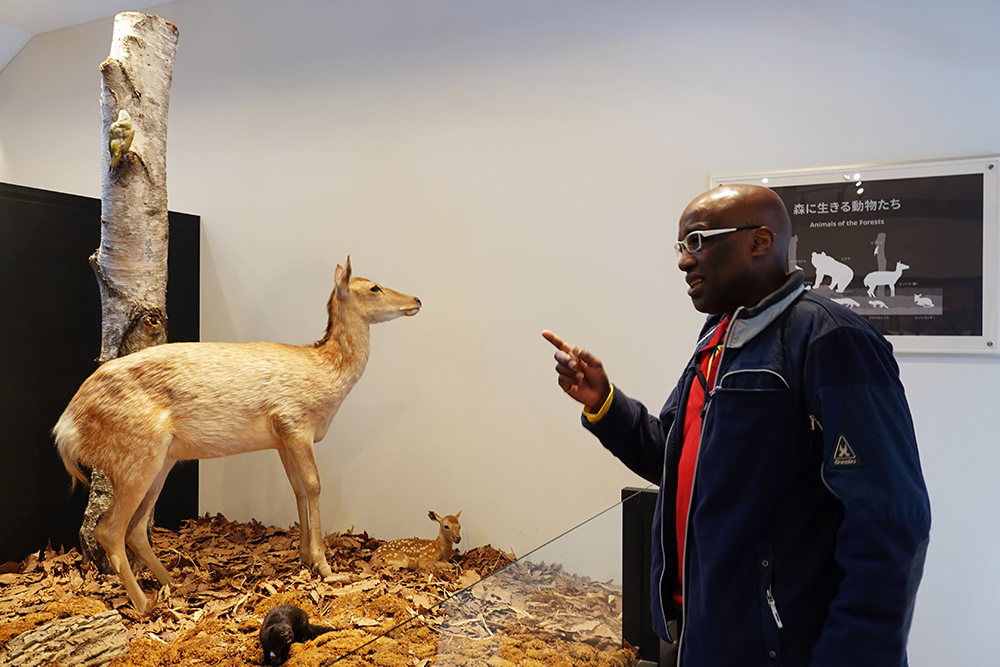 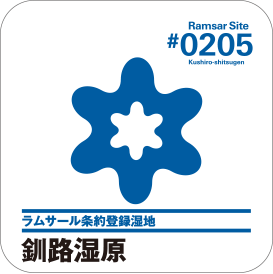 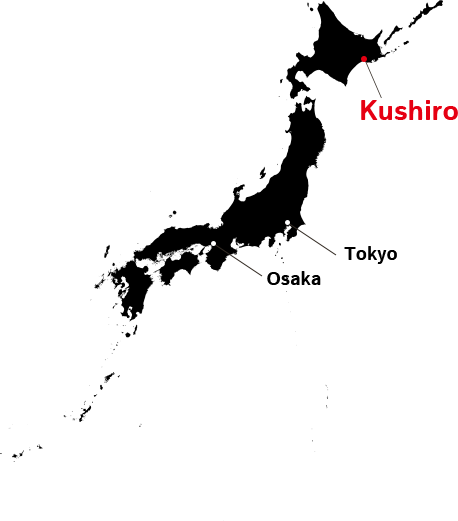 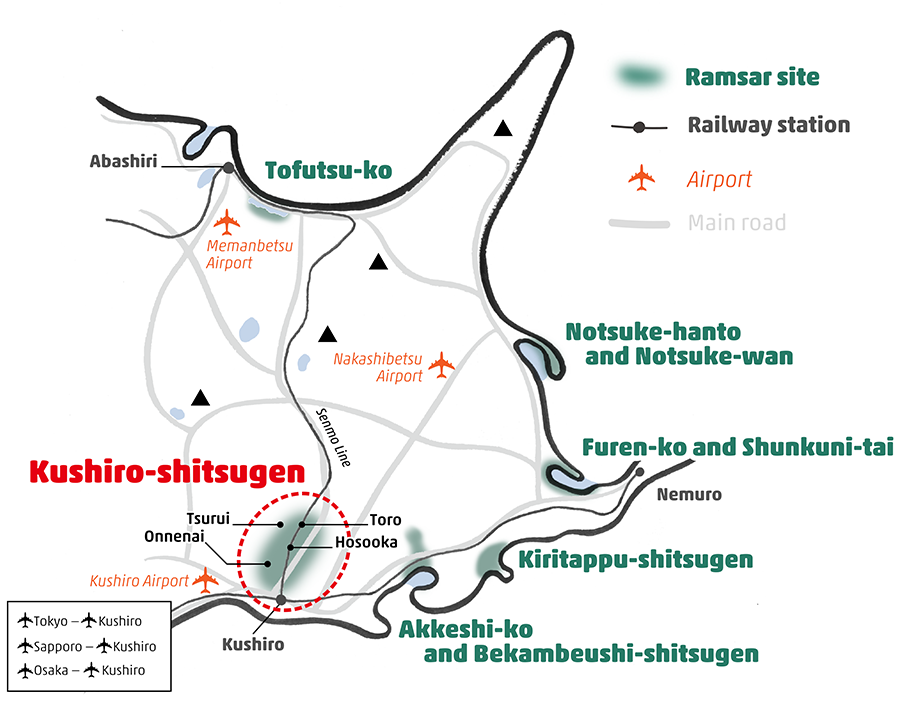