The City that Adopted the Oriental White Stork: Toyooka City

Toyooka City was a totally unremarkable farming community. However, it had one thing: lots of Oriental White Storks. They were such a part of daily life that they could be seen comfortably grazing only a few feet away from humans.

However, due to development, the use of chemical fertilizers and pesticides, and the loss of habitat, that everyday scene was lost. The population of the birds steadily declined, until a 1971 sighting in Toyooka City was the last time the Oriental White Stork was seen in the wild in Japan.

Normally, the story would have ended here. However, Toyooka City was one of those rare cases where the city government and local residents said no: the loss of the beloved birds was not acceptable, and began a decades-long project to bring them back.

Toyooka City, situated in the northern part of Hyogo Prefecture in western Japan, is about 3 hours from Osaka by train. It is located in a valley between relatively low altitude mountain ranges and has a temperate climate well suited to rice farming. Due to their importance as habitats for the Oriental White Stork, the lower Maruyama River, which flows through the center of the city, and the surrounding rice paddies, were designated as a Ramsar site in July 2012.

In 1992, the national government and Toyooka City began formal efforts to reintroduce the Oriental White Stork to the city. In preparation for releasing the Oriental White Storks that had been bred in captivity, in 2003, Toyooka City, Hyogo Prefecture and Japan Agricultural Cooperatives (JA) urged local farmers to adopt a “white stork-friendly farming method” to increase the biodiversity of the rice paddies. Farmers were encouraged to take steps that included reducing pesticide use by at least 75%, using no fertilizers, and flooding their rice paddies more deeply for an extended period of time, in order to promote the growth of aquatic organisms. As organic farming tends to reduce crop yields, creating a welcoming habitat for the Oriental White Stork would have been impossible without the full support of the local famers.

The success of these organic farming methods allowed for the reintroduction of the bred-in-captivity Oriental White Storks to the wild in a major ceremony held on September 24th, 2005 that featured an appearance by Prince Akishino and his wife, Princess Kiko.

Toyooka City began as an average, small size Japanese City. Now, like many regional Japanese cities, it faces major challenges such as depopulation and an aging population. However, while these challenges will not be easily solved, in adopting the Oriental White Stork it seems to have found both its identity and a sense of mission. 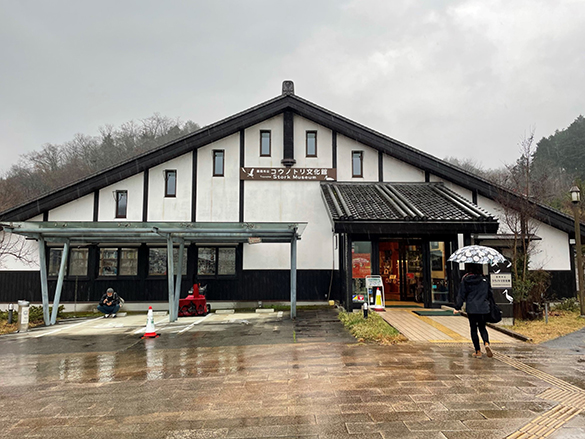 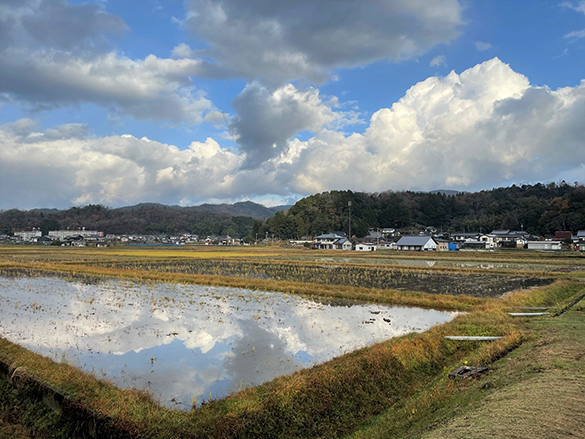 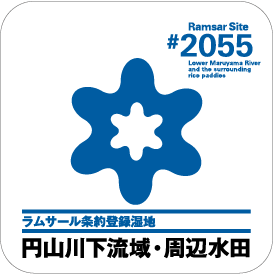 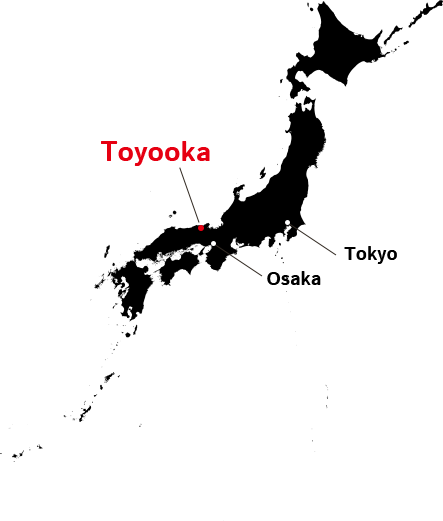 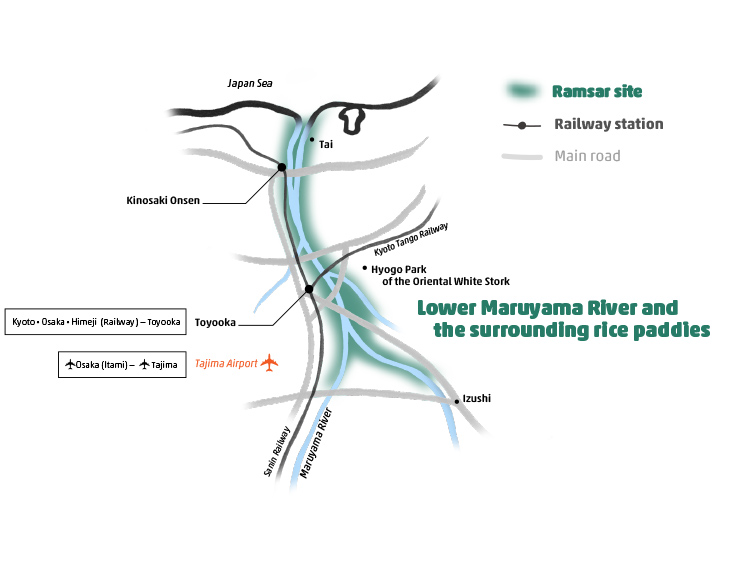