The Ariake Sea is an inland sea located in northern Kyushu that has an area of 170,000ha and an average depth of 20m. The bordering four prefectures are Saga, Fukuoka, Nagasaki and Kumamoto. The numerous tributary rivers, including the Chikugo-gawa River, the largest river in Kyushu which is fed by volcanic Mt. Aso and Mt. Kuju, carry in large amounts of sediment and volcanic ash into the Ariake Sea. The counterclockwise flow of the sea currents has led to the formation of large tidal flats with the 6m variation between high and low tides (The largest in Japan). The Ariake Sea represents 40% of Japan’s total tidal flat area. 3 large tidal flats that have been designated as Ramsar sites, namely Higashiyoka-higata, Arao-higata and Hizen Kashima-higata. 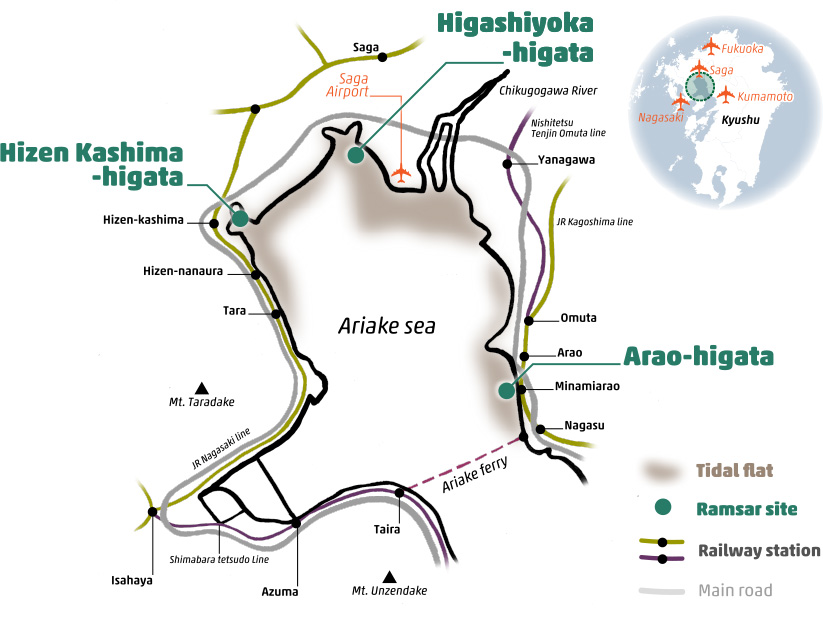