Eaters of the Mizubasho : Oze

At around 140km from Tokyo, Oze National Park (Oze), a Ramsar site, famous for its easy access from the capital, but the trip will take you a little over 3 hours (Shinkansen and bus ride). Oze, which extends over the 4 prefectures of Gunma, Fukushima, Niigata and Tochigi, is the largest high moor in Japan.

The 2 key tourism destinations in Oze are the Ozegahara Marsh and Lake Ozenuma. Ozegahara Marsh (Ozegahara) lies at an altitude of 1400m and has an area of 760ha. A boardwalk runs through Ozegahara, making it possible to enjoy the marsh at your own pace. Ozegahara is ringed by mountains: the most famous being Mt. Shibutsusan and Mt. Hiuchigatake, and offers an expansive view of fields covered with colorful flowers and a wide variety of vegetation. Ozegahara is dotted with scenic small ponds and has benches located on off-ramps to allow you take a break or sip delicious coffee (If you have the right guides…😊).

Like many of the famous Ramsar sites in Japan, Ozegahara displays a quiet, calm, beauty. Other than your own steps, the only sounds you hear are the wind and occasional bird calls. It is easy to imagine people enjoying the same scenery thousands of years before and the hurried pace of the outside 24/7 world seems meaningless and irrelevant. Trekking through Ozegahara is a kind of ‘moving meditation’.

If you are willing to endure some rather challenging paths you can hike from Ozegahara to Lake Ozenuma. As you walk along the hiking path the trees suddenly clear and the beautiful blue waters of Ozenuma spread out before you. It is nice surprise just when you have become fatigued by hiking.

Oze is a representative Japanese Ramsar site as it is an intricate network of mountains, forests, marshes, lakes and rivers. If you are pressed for time and want to quickly experience the essence of Oze, I suggest the roundtrip trek from the Hatomachitoge Pass to the Yamanohana Visitor Center located at the entrance to Ozegahara. The route is almost entirely covered by steps and boardwalks. If you are in decent shape, a one-way trip should take about 75 minutes (I did the return trip in 30 minutes, but I don’t recommend it! 😊). I enjoyed walking over the series of small rivers flowing down into the marsh. When I asked our guide, Kobayashi san, how many rivers there were, he replied “I’m not sure: there are too many to count!”.

There are 3 things that cannot be omitted when introducing Oze. The first is the Mizubasho Lysichiton camtshatcense. The lyrics of the song Natsu no Omoide (Memories of Summer), first broadcast in 1949 on an NHK (Japan Broadcasting Corporation) radio program, refer to the beautiful, dreamlike blooming flowers of the Mizubasho. Natsu no Omoide immediately captured the national imagination and a summer visit to Oze to view the Mizubasho became a must for generations of Japanese tourists. I understand that the vast fields of white Mizubasho flowers are an impressive sight. Unfortunately, I have never seen it! 😊

When we visited Oze for the first time the blooming season of the Mizubasho had already passed, and all we could see were vast fields of green leafy plants! Hopefully I will get a chance to view the Mizubasho in bloom next season.

Humans may love to gaze at the Mizubasho flowers, but the fruits are considered a delicacy by two of the park’s major animal populations. Oze is a habitat for the Asian Black Bear, or Tsukinowaguma in Japanese. ‘Tsuki‘ means ‘moon and ‘guma‘ (The original form is ‘kuma‘) means bear. The Asian Black Bear is so named because of the white colored strip of fur on the underside of its neck that resembles a crescent moon. If you are lucky you can spot an Asian Black Bear while hiking through Oze, but you definitely want to do so from a distance! An adult bear can be up to 140cm in length and weigh in the range of 60-80kg.The Asian Black Bears are powerful animals that can kill a human with one swipe of their paws!

Dozens of ‘Beware of bear’ signs are posted along the hiking paths, and bells to be rung by hikers are installed in areas frequented by bears. Hikers are encouraged to make noise by attaching small bells to their clothing or engaging in conversation as they walk. Some hikers also carry bear-repellant spray. Large open spaces are maintained on both sides of the boardwalks to ensure that hikers do not suddenly approach a bear. As the Asian Black Bears are excellent tree climbers and can run nearly 20 miles per hour, if you do come into close contact with a bear, running away is not an option! The standard advice if you encounter a bear is to keep your eyes fixed on it, avoid making threatening gestures or loud noises, and slowly back away.

Recently, due to factors such as the insufficient growth of chestnuts (The staple food of Japanese bears) and abandonment of mountainous areas near villages due to the aging population and depopulation, bears in Japan are increasingly entering areas populated by humans. This places local residents at risk of injury and often results in the invading bears being either captured or killed. Of course, in Oze, Asian Black Bears are a welcome part of the park’s ecosystem. You just don’t want to suddenly walk up to one!

The status of the second lover of the Mizubasho fruits, the deer, is much trickier. Oze had no deer population up to around 20 years ago. However, gradually warming winters resulted in decreased snowfall and allowed the deer to migrate into Oze from neighboring prefectures. Given the lack of predators the deer population rapidly increased, to the level where they threatened to wipe out certain types of vegetation.

As National parks are protected, it was long impossible to take any steps against deer other than erecting fences. Recently, however, hunters are allowed to capture a limited number of deer. Although Ministry of the Environment officials and local associations are working to limit the deer population, everyone admits that they are barely slowing the growth of the Oze deer population. You are unlikely to see any of the shy animals during the day, but they can be viewed in special ‘Night Tours’. Using flashlights or special headlights, tourists shine lights into the pitch black hills and forests to detect foraging deer by looking for the orange glow of the light reflected from the deer’s eyes.

For people interested in ESD (Education for Sustainable Development), Oze offers a masters course! Oze touches on all the issues related to wetlands conservation in Japan: the balance between protection and development of natural areas, coexistence between people and wildlife, and the role of ecotourism in the economic development of local communities. Thus, if you visit Oze you can both enjoy beautiful scenery and get a crash course in environmental conservation in Japan. And: if you are really lucky, you can see the Mizubasho! 😊 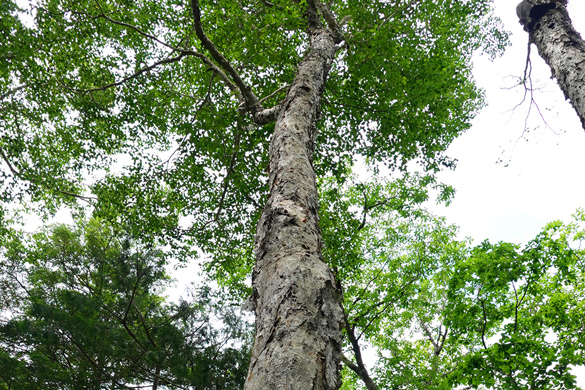 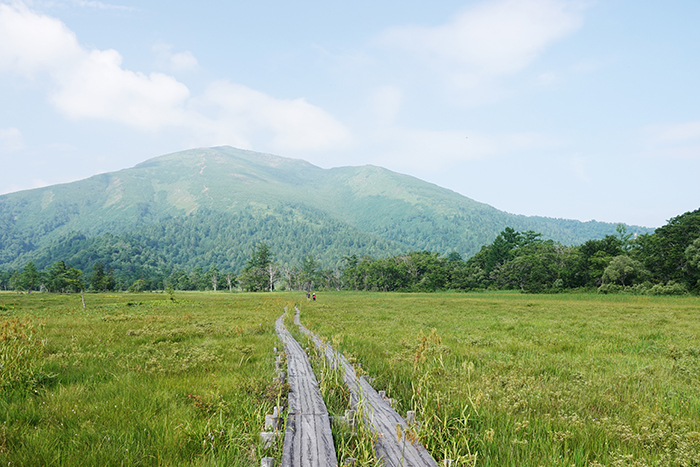 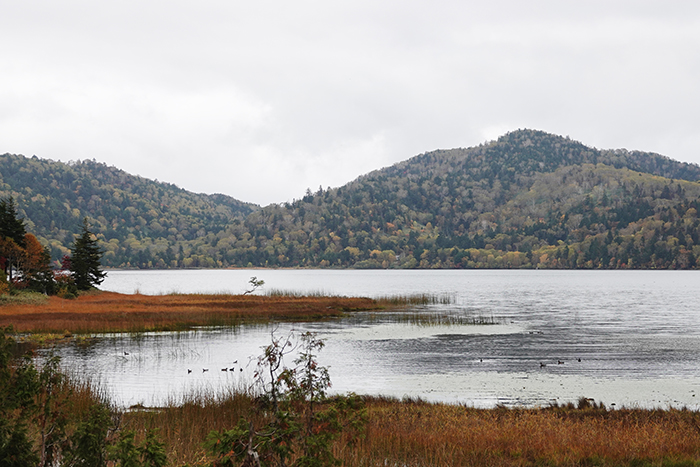 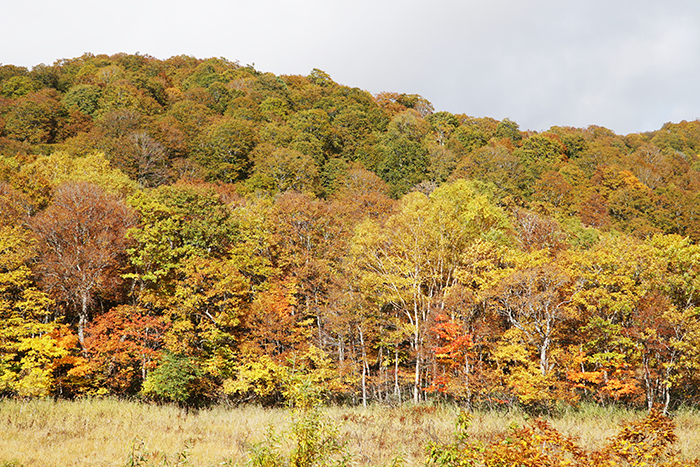 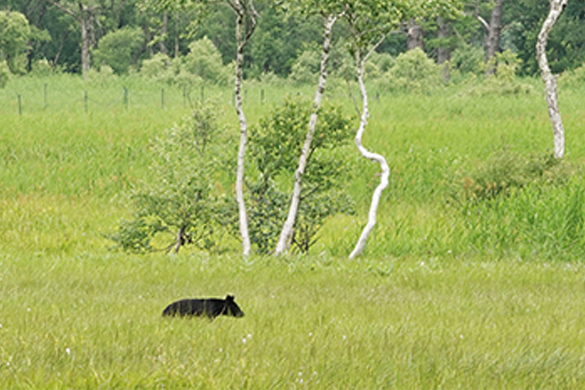 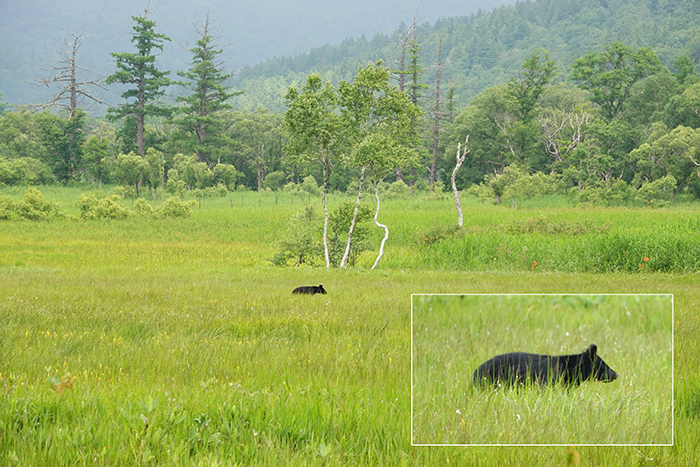 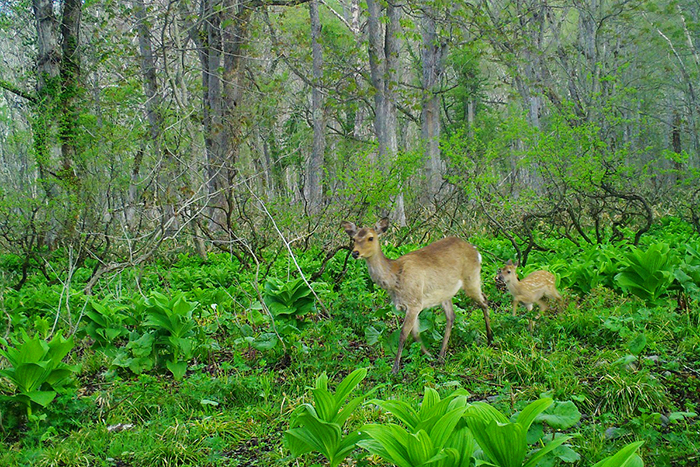 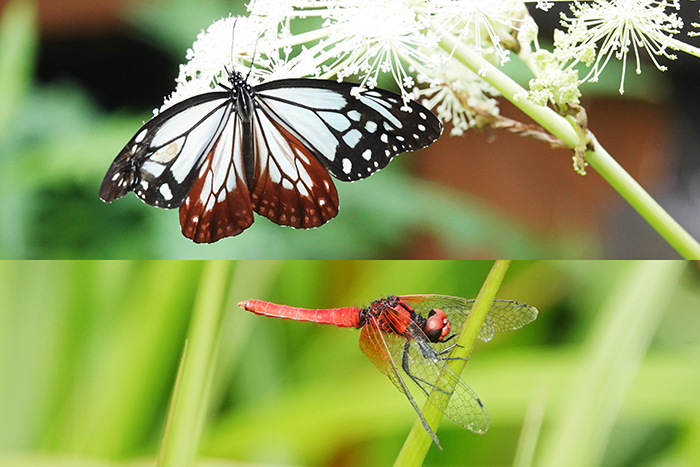 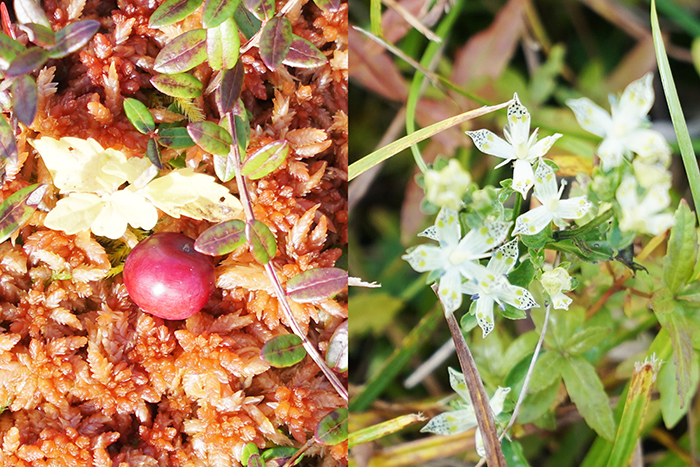 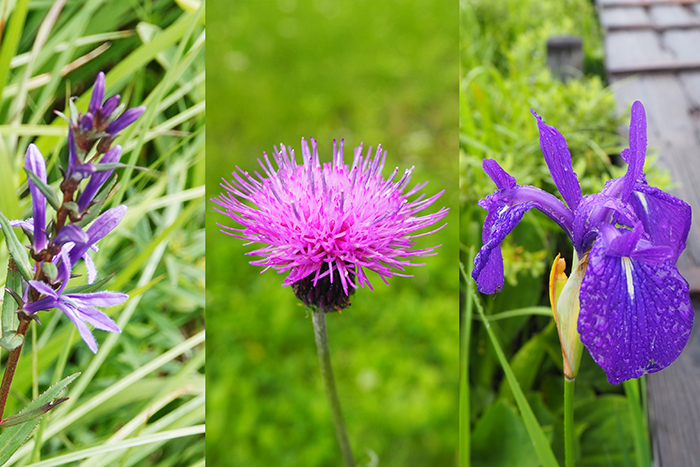 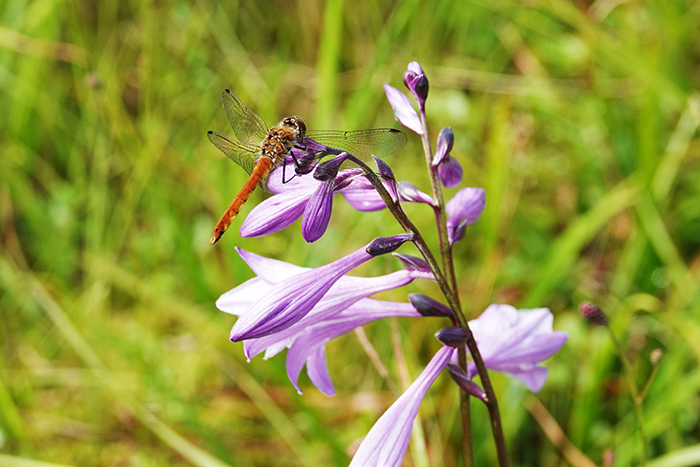 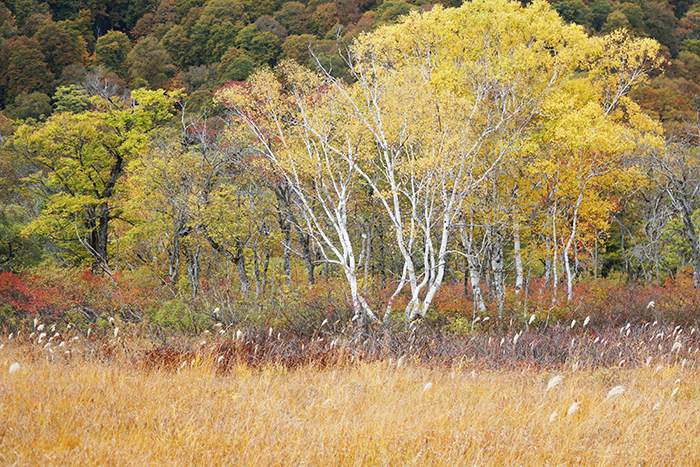 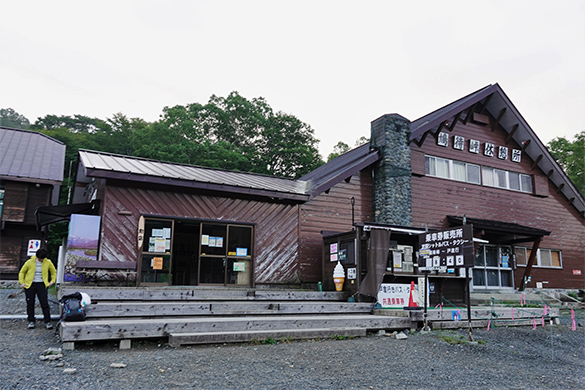 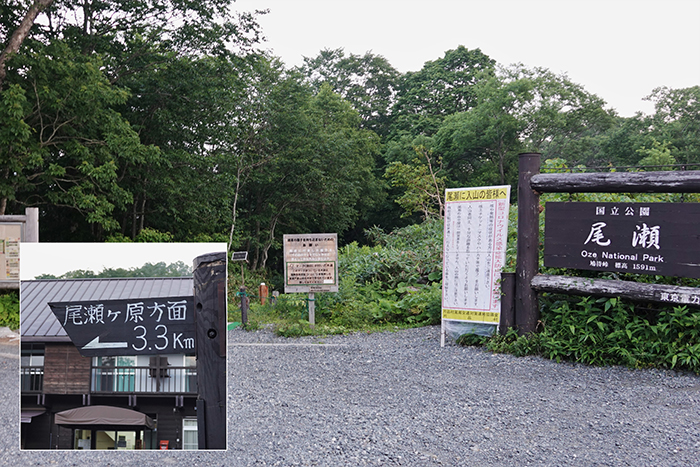 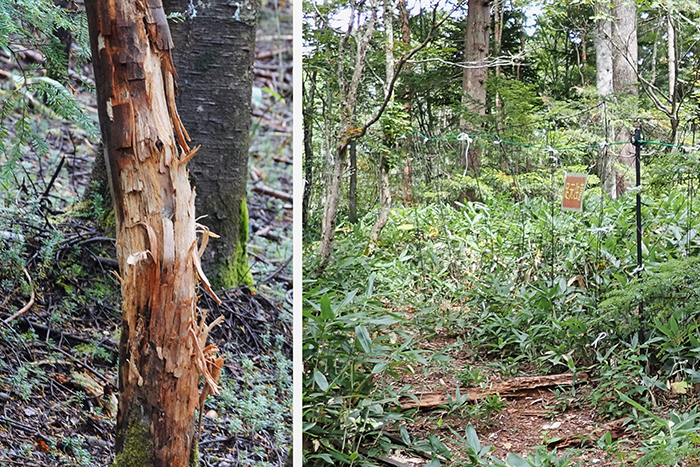 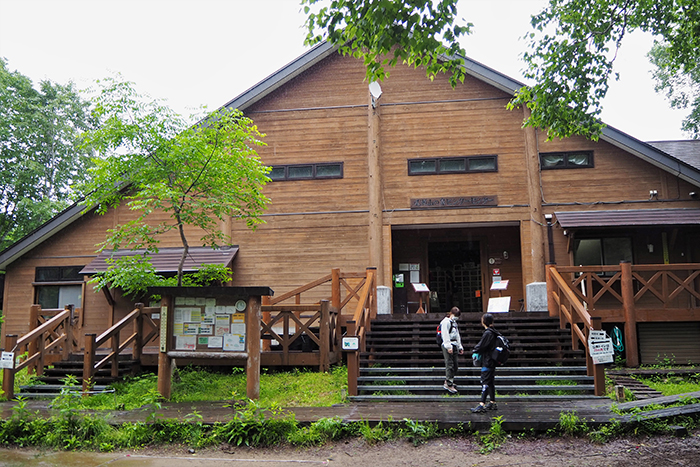 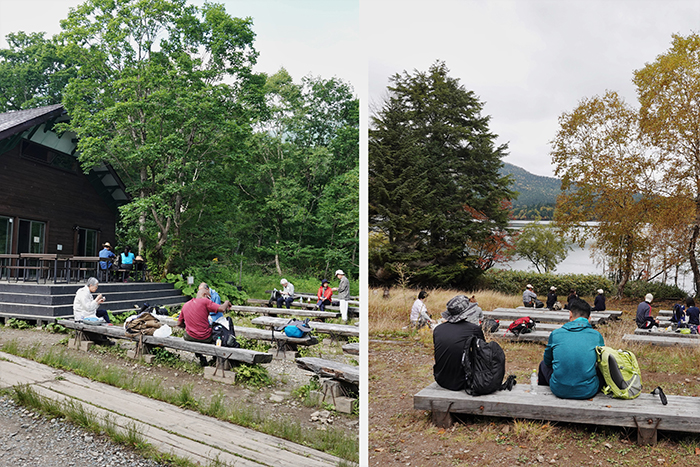 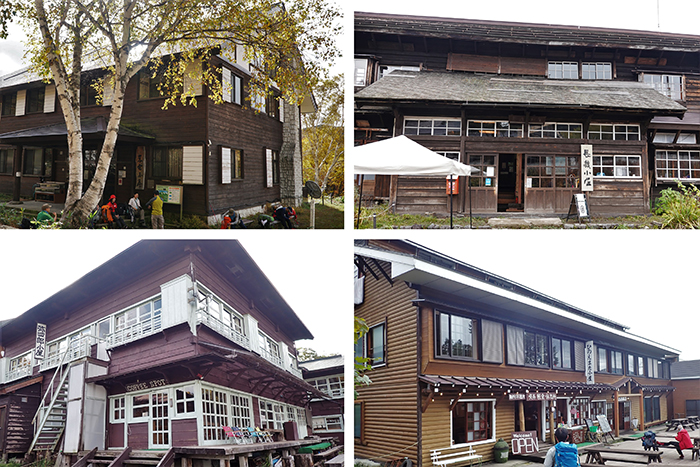 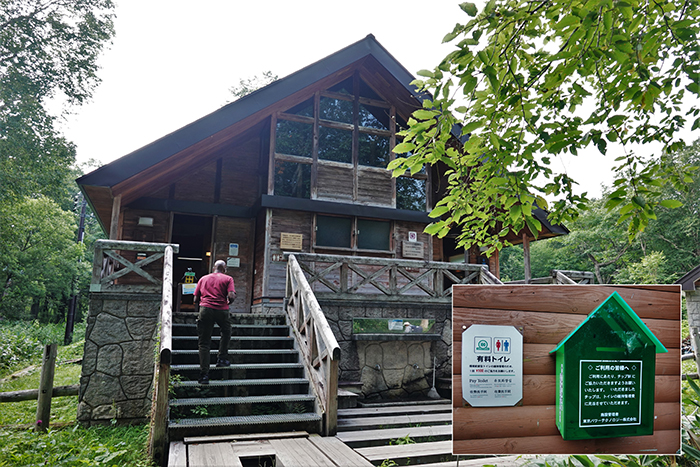 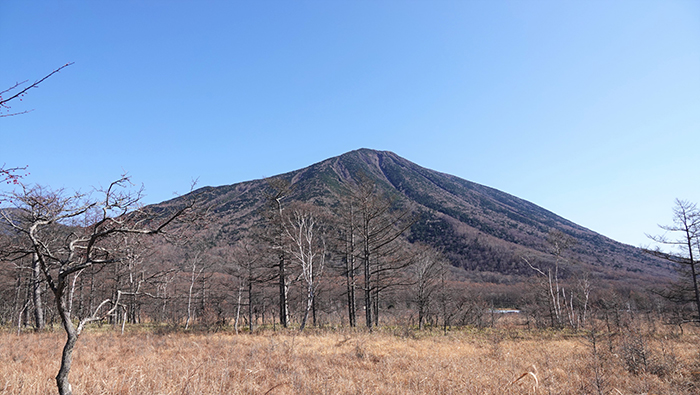 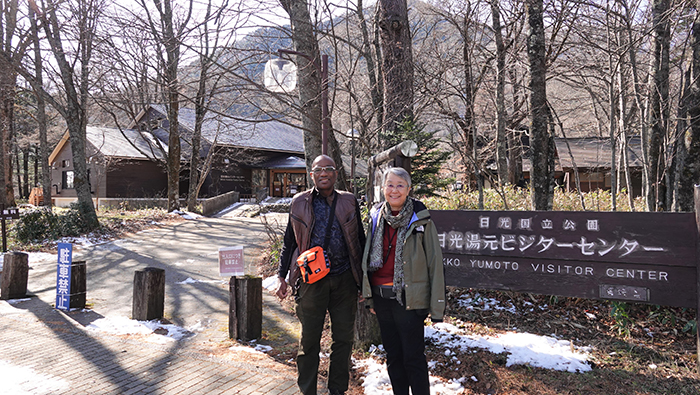 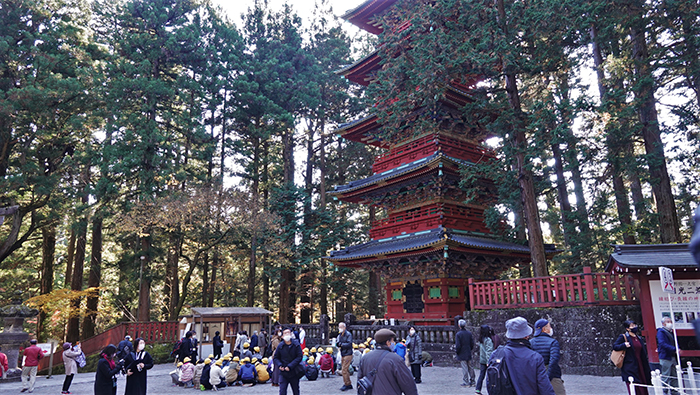 Leaflet “James’ 8 hints for Oze: things to do avoid in Oze National Park” has been created.
You can download it here. 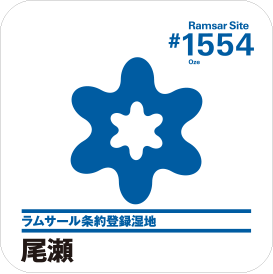 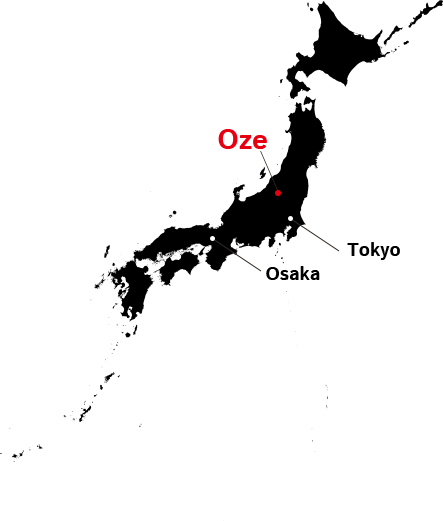