A Theater Company with 3 Players: Arao-higata
The Supporting Actor

Arao-higata (754ha) is located on the eastern coast of the Ariake Sea. It shares benthic populations with Higashiyoka-higata, and is especially well-known as a habitat for Mud Shrimp Corophium volutator. A special Mud Shrimp fishing event is held annually where participants are allowed to wade into the tidal flat. It is also a key stopover and wintering spot for a variety of shorebirds. Flocks of the smallish Dunlins put on a fascinating, Escher-like aerial show as they simultaneously alternate between showing their grey dorsal feathers and white underbellies as they shift directions in the air when alighting or taking flight.

As the currents in the Ariake Sea flow counter-clockwise from Higashiyoka-higata to Hizen Kashima-higata, and finally to Arao-higata, the characteristics of the deposited sediments is slightly different for each tidal flat. In other words, not all mud is the same!😊. Arao-higata Waterfowl and Wetland Center has 2 tractor wagons that you can ride across the shore and into the tidal flat during low tide. I wasn’t able to ride over the flat because we visited just before the laver (Nori) harvesting seasons, and we had to be careful not to disturb the laver cultivation beds.

Standing on the shore of Arao-higata you can see Mount Unzen, an active volcano, in the distance. The local residents call it the ‘Gorilla Mountain’ because its silhouette resembles a sleeping gorilla. Arao-higata is also famous for its bright red sunsets as the sun slips behind the distant mountain ranges.

If Higashiyoka-higata is the main actor of the Ariake Sea theater company, Arao-higata is definitely the ‘Supporting Actor’. There are no crowds, no park, no stalls, and no performing bands. You can visit the Arao Tidal Flat Water Bird and Wetland Center, however, there is none of the amusement park atmosphere of Higashiyoka-higata.

To be honest, when I saw the scattered groups of couples and families strolling along the shore of the tidal flat, my first thought was ‘Why have they come?’. There didn’t seem to be anything there! I wondered what the visitors expected. No one seemed to be excited and there was no laughter. People were just walking along the shore. At the same time, everyone looked satisfied and content, as though they were happy just to be there. I decided that the visitors were simply silently applauding a masterful performance by a great supporting actor. 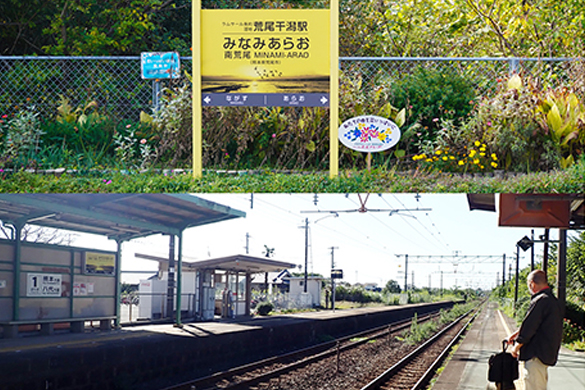 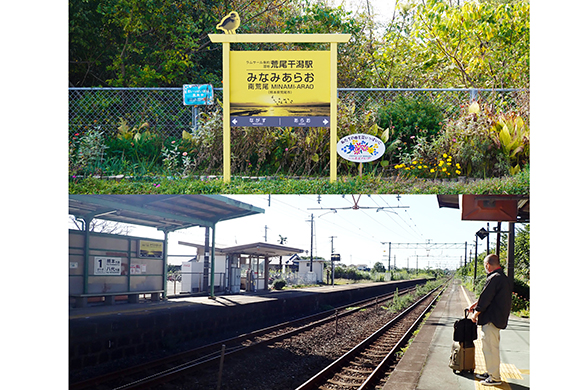 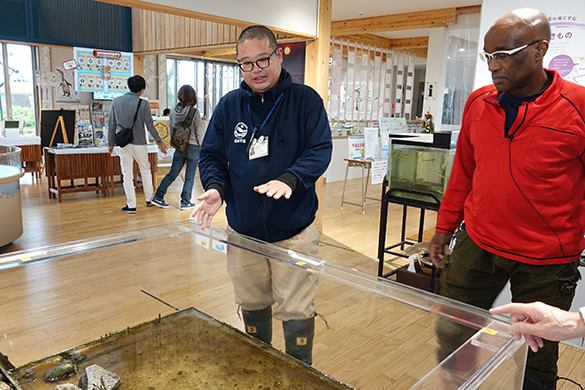 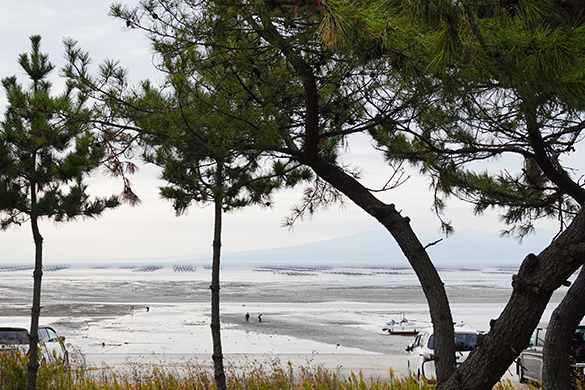 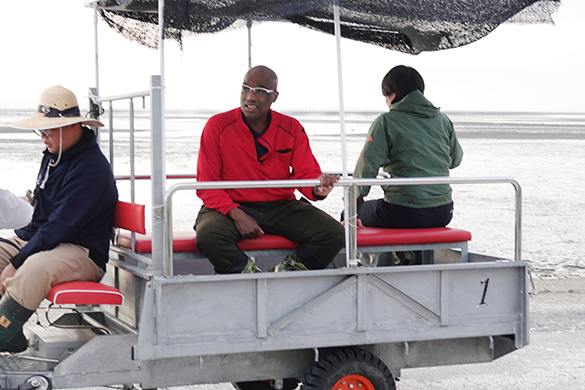 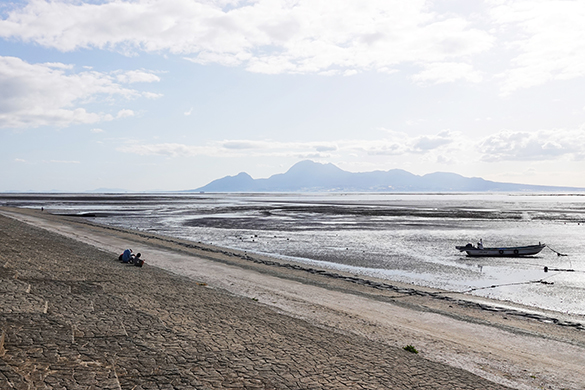 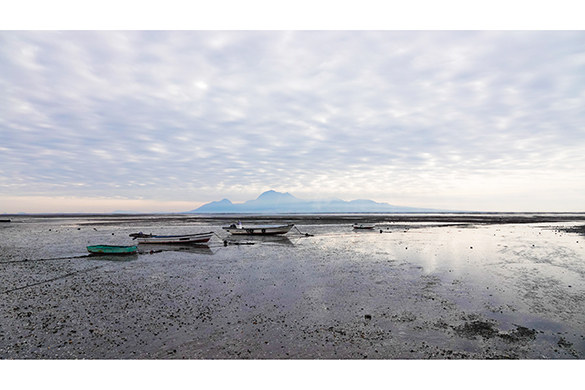 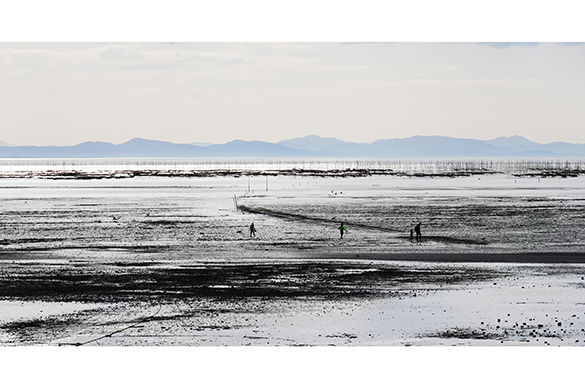 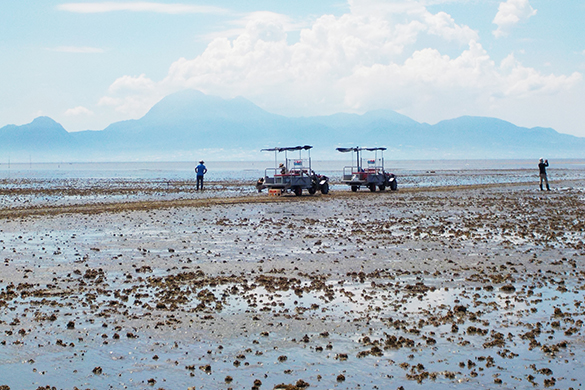 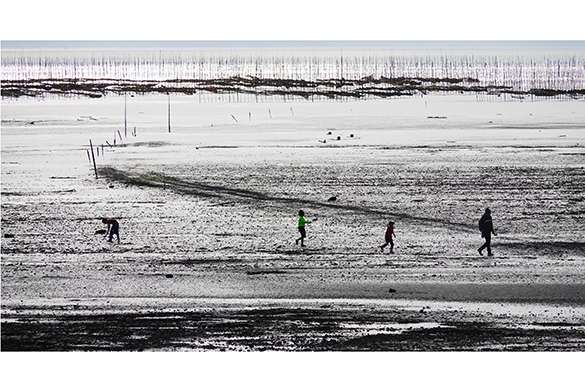 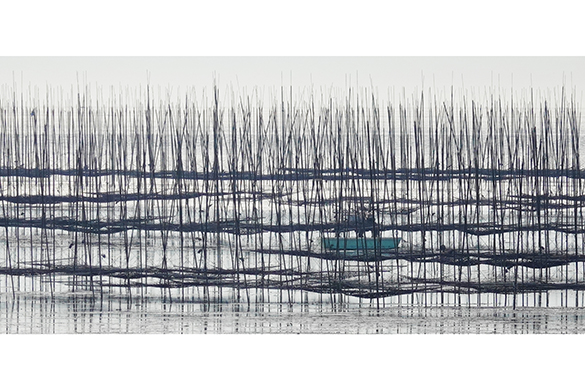 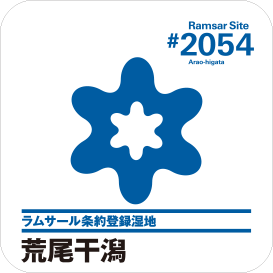 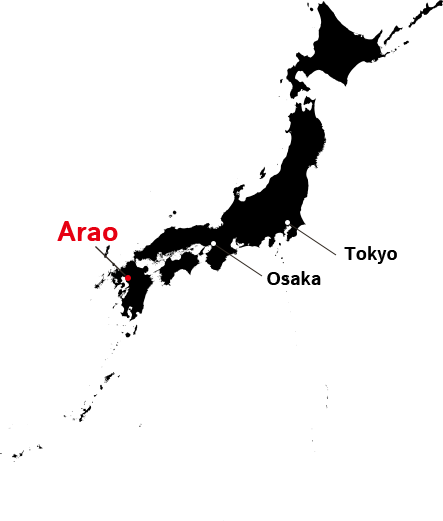 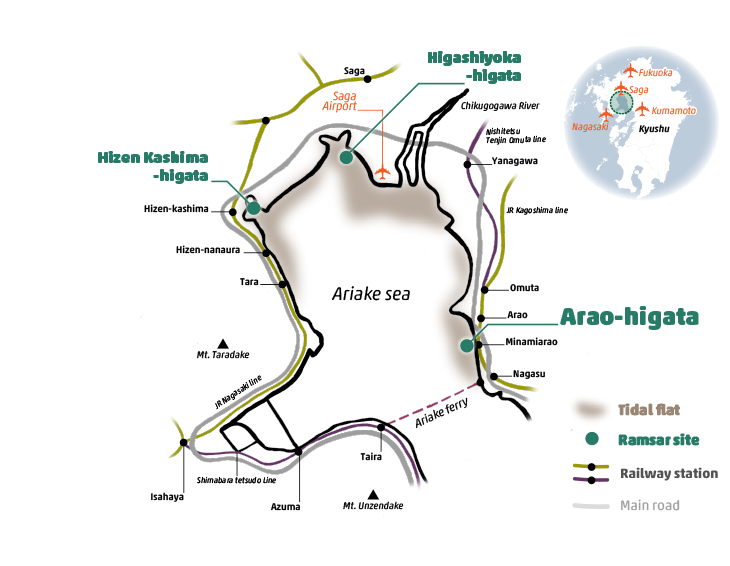